On Monday, March 18, we were able to meet with federal media­tors for our first media­tion session. Much of the day was invested in discussing our positions with the media­tors. However, both sides were able to pass package proposals through the mediators.

After a highly energizing rally at John Dam Plaza, attended by hundreds of nurses and concerned commu­nity members, we were deeply disap­pointed by the lack of movement by the admin­is­tra­tion. Our bargaining team remains committed to negoti­ating a fair contract that will keep nurses and patients safe.

Right now, it is crucial that our team hears from you as we deter­mine our next course of action. Plan on attending this VERY impor­tant discus­sion with our negoti­ating team and Chief Negotiator Dave Campbell. An update will be sent when we have a location that is large enough for us.

Our team would like to extend a huge thank you to all the nurses and commu­nity members that came out to support Kadlec nurses in fighting for safe patient care. 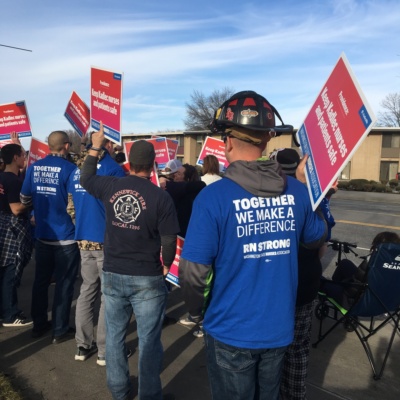 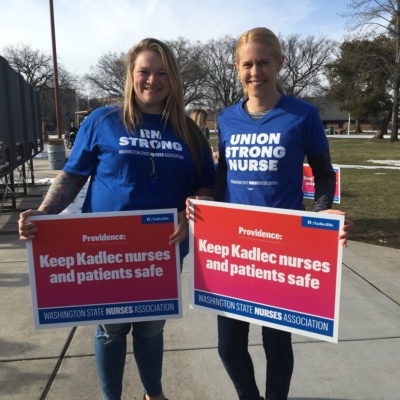 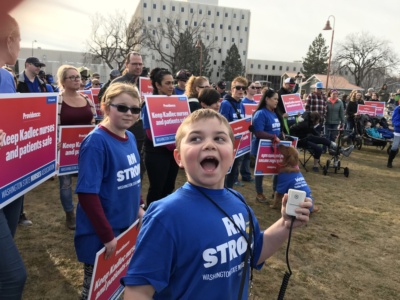 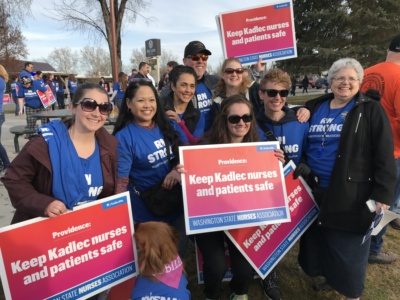 As half of healthcare workers report they’re likely to quit, a new coalition campaign calls on lawmakers to pass legislation to mitigate the statewide hospital staffing crisis

If you find yourself in a situation that you believe creates unsafe conditions for patients or for you, you should complete a Staffing Complaint / ADO Form as soon as possible.

By completing the form, you will help make the problem known to management, creating an opportunity for the problem to be addressed. Additionally, you will be documenting the facts, which may be helpful to you later if there is a negative outcome.

WSNA also uses your ADO forms to track the problems occurring in your facility. When you and your coworkers take the important step of filling out an ADO form, you are helping to identify whether there is a pattern of unsafe conditions for you or your patients at your facilities. This information is used by your conference committee, staffing committee, and WSNA labor staff to improve your working conditions.

If called into a meeting with management, read the following to management when the meeting begins:

If this discussion could in any way lead to my being disciplined or terminated, I respectfully request that my union representative be present at this meeting. Without representation present, I choose not to participate in this discussion.

Get answers to the most frequently asked questions, find links to the best resources, and see the latest updates from WSNA related to COVID-19. Information is changing constantly, and we're updating this page on an ongoing basis.