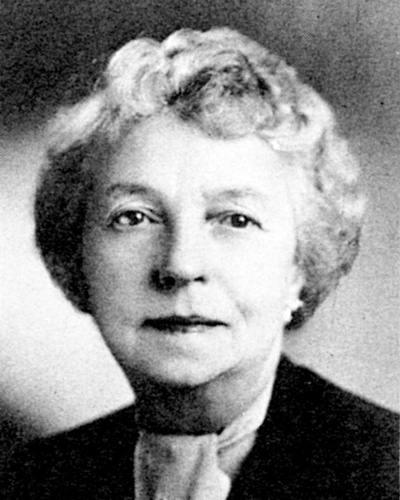 An outstanding leader in Public Health and her profes­sional organi­za­tion. After experi­ence in private duty, county health and as an Army nurse, she was appointed as the State Advisory Public Health Nurse. When the Depart­ment of Health Division of Public Health Nursing was created in 1937 she became its Chief Nurse and served in that role until her retire­ment in 1952. She was Presi­dent of WSNA in 1935 and 1936 and served on the Board for 18 years. She was instru­mental in the legisla­tive issues of WSNA and served as Chair of the Legisla­tive Committee. In 1950, the Library at WSNA was named the Anna R. Moore Library.