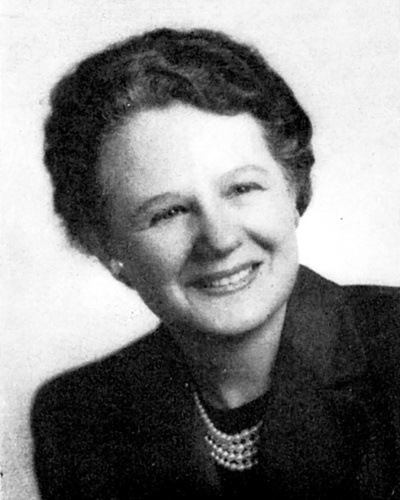 The driving force behind many of the major progres­sive initia­tives at WSNA from the early 1940s until her untimely death in 1954. She was a leader in both the Counseling and Place­ment Service and the WSNA Economic Security Program. She was Dean of the Univer­sity of Washington School of Nursing and served as Presi­dent of WSNA from 1948 – 1950. She was elected to two terms as ANA First Vice Presi­dent and as a delegate to the Inter­na­tional Council of Nursing. She was also appointed by Presi­dent Truman as Special Advisor to the World Health Organization.