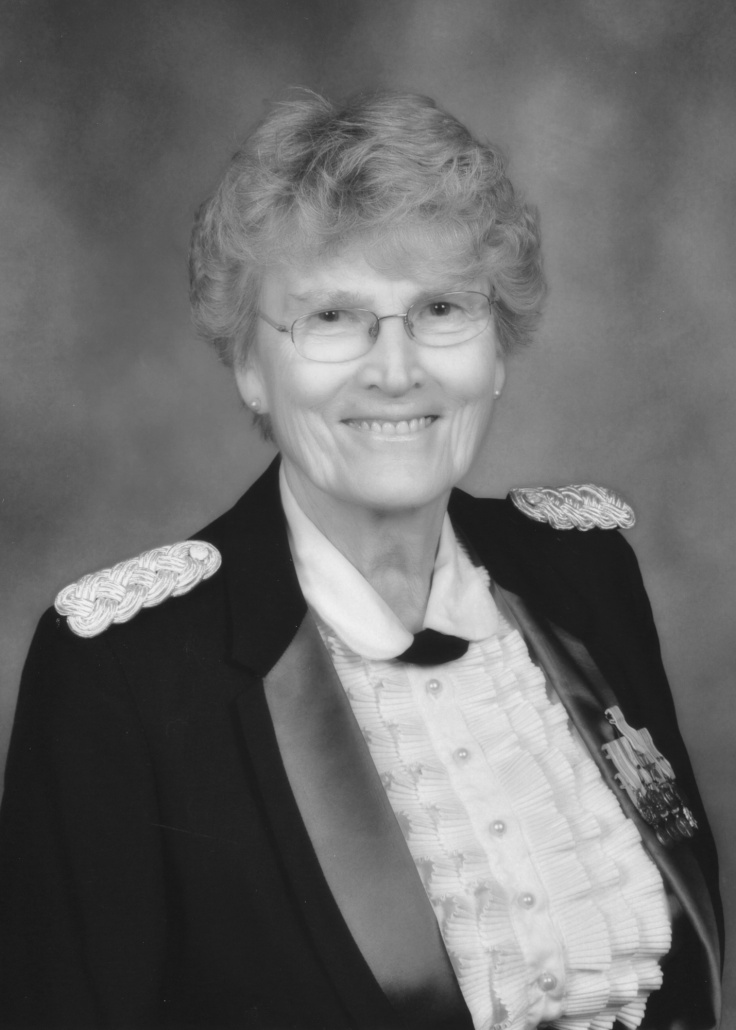 Colonel Margarethe Cammermeyer, PhD, RN, known as Grethe by many, will have a lasting legacy in nursing, in the military, and in our nation’s history. Her courageous stand against inequality in the military sparked a decades long struggle that has only just recently resulted in full equality for gays and lesbians in the armed forces. She embodies the strength, integrity, heart and perseverance that are hallmarks of the nursing profession.

Born in Oslo, Norway, Grethe became a United States citizen in 1960. In 1961 she joined the Army Nurse Corps as a student. She received a B.S. in Nursing in 1963 from the University of Maryland. At the University of Washington School of Nursing, she earned a master's degree in 1976 and a Ph.D. in 1991.

In 1989, responding to a question during a routine security clearance interview, she disclosed that she is a lesbian. The National Guard began military discharge proceedings against her. On June 11, 1992, she was honorably discharged. Grethe filed a lawsuit against the decision in civil court. In June 1994, Judge Thomas Zilly of the United States District Court for the Western District of Washington ruled that her discharge and the ban on gays and lesbians serving in the military were unconstitutional. She returned to the National Guard and served as one of the few openly gay members in the U.S. military until her retirement in 1997.

Grethe retired from the Army after six years on active duty and 25 years in the Army Reserves and National Guard. During her military career she challenged policies that discriminated against married women, and married women who became pregnant. Her story drew wide attention since she was nationally recognized as a specialist in neuroscience nursing, was Veterans Administration Nurse of the Year in 1985, had earned the Bronze Star for Service in Vietnam, was Chief Nurse of the Washington National Guard, and had earned a PhD in Nursing Science.

Her book Serving in Silence (with Chris Fisher) was published in 1994. In 1995 a made-for-television movie “Serving in Silence”, in which Glenn Close portrayed Colonel Cammermeyer, was aired, earning the Peabody award and three Emmy awards.

With countless awards and recognitions, she may be most well known for her significant contributions to civil rights. However, Grethe has always maintained her commitment to the profession and practice of nursing. With a focus on neuroscience, she has been an active researcher and author or contributor to dozens of publications.

In 2012, after same-sex marriage was legalized in Washington State, Grethe and her partner Diane Divelbess became the first same-sex couple to get a license in Island County. Grethe currently manages Saratoga View, an adult family home on Whidbey Island. She continues to challenge the status quo and promote civil and human rights throughout the world.

As we reflect on how far this country has come in recognizing equality for gay, lesbian, bisexual, and transgender individuals, we owe much of these positive outcomes to the perseverance of Grethe Cammermeyer. There is still more work to do, but it is because of her efforts that so much progress has been made. As her work as inspired countless others to stand up for what they believe in and work for justice, Grethe’s legacy only continues to grow.