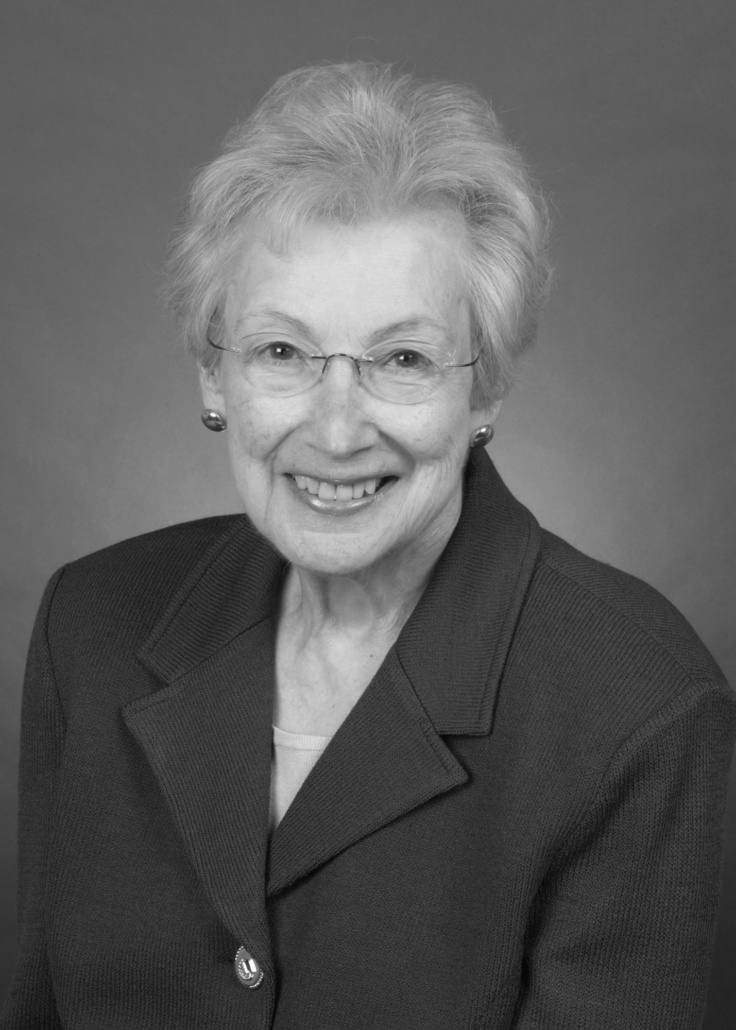 The distinguished career of a nursing pioneer and UW faculty member came to a close on September 27, 2013 with the death of Dean Emeritus Rheba de Tornyay, EdD, RN, FAAN. She was 87.

Dean, educator, innovator, trailblazer, mentor, collaborative colleague, friend, inspirational leader. . . all these were facets of a career whose focal point and touchstone was the University of Washington School of Nursing, where she served as dean from 1975 to 1986 and as a faculty member until 1996.

Rheba de TornyayRheba’s UW tenure encompassed a dramatic and dynamic phase of the School of Nursing’s growth. Her critical emphasis, not without controversy, was upgrading the standards of the nursing profession and nursing faculty to be consistent with standards of other learned professions and disciplines. The University of Washington was advancing to national prominence as an outstanding research university, and Rheba ensured the School of Nursing kept pace. Thus, faculty were held to the standard of doctoral preparation and research productivity that would become the norm for appointment, promotion and tenure in academia. The School of Nursing established one of the first programs in the country leading to the PhD in nursing science, despite a lack of funding for the effort during a state financial crisis. She led by collaboration, inspiration and example to enact these high standards during her deanship. Her remarkable people skills made her capable of melding disparate viewpoints and differing personalities into an effective, highly focused, collaborative team—a team that shared a common goal and created the energy to reach that goal.

The results were the accomplishments that led the UW School of Nursing to its ranking as the top-rated nursing school in the country, a position it has held continuously since 1984. The school gained and sustained renown for the quality of its faculty, students, research, and teaching. The School of Nursing became a source of not just nurses, but also distinguished nurse-researchers, nurse-educators, and professional leaders. Its alumni are both legion and legend.

Though she was dean for slightly more than a decade, Rheba de Tornyay’s impact and influence extended far beyond her time as dean at the School of Nursing. Her legacy of excellence and achievements will continue into a nursing future that she helped to create and shape. Dr. de Tornyay’s accomplishments would be exceptional in any era; they were extraordinary in the context of a time and place when nursing was struggling to be recognized as a profession.

Rheba’s landmark book, Strategies for Teaching Nursing, became the unquestioned standard in the field and influenced the way professionals were educated at nursing schools nationally and internationally. Through three editions and several translations over a span of 30 years, it exemplified a more collaborative and reflective approach to the teaching and learning process at a time when students were seen as passive recipients of knowledge.

Rheba de Tornyay had a combination of hardiness, decisiveness, determination, and personal warmth that made her a high-achieving pioneer professionally and a treasured friend and colleague personally. Her list of firsts, awards, honors, and professional recognition is lengthy. It includes being only the third nurse elected to the Institute of Medicine; a Founding Fellow and the first board president of the American Academy of Nursing; a director of the prestigious Robert Wood Johnson Nurse Scholars Program; and the first woman and the first nurse ever elected to the Robert Wood Johnson Foundation board of trustees, where she served from 1991-2002. She endowed the UW School of Nursing’s Center for Healthy Aging (renamed in honor of de Tornyay and her husband, Rudy), was editor of the Journal of Nursing Education, and was a member of the American Nurses Association’s Commission on Nursing Education.

Rheba was a member of the National Advisory Council of the San Francisco Institute on Aging, and served as president of the UW Retirement Association. She was named a Living Legend by the American Academy of Nursing, which in 2011 renamed its annual fund in her honor.

Rheba’s final publication, in 2001, was the book, Choices: Making a Good Move to a Retirement Community, coauthored with one of the many people she mentored. She continued teaching and learning at UW until her retirement in 1996.

She taught to learn, and from her, many others learned to teach as well as practice, research and lead. Her profession and her chosen school are different and better places for her presence, which will be greatly missed.