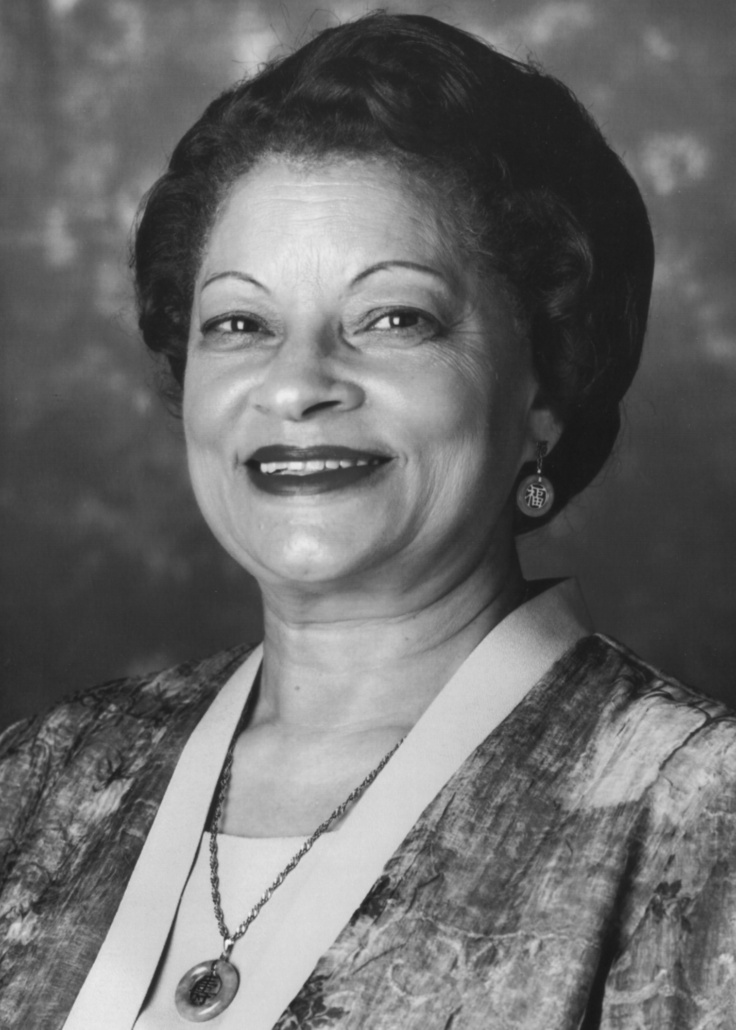 Summarizing the experience and contributions of Vivian Lee in 1,000 words or less is, quite literally, impossible. Throughout her career, Vivian has been a trailblazer in the nursing profession, for the underserved, and for African American nurses.

As important as these “firsts” is what she was able to accomplish in these roles. Vivian’s influence and impact span her career as a staff nurse, as a school nurse, and a as leader in the U.S. Public Health Service, where she spent most of her career. Her contributions include pioneering activities in nurse practitioner training and expanding quality public health services to low income communities of color. Her lifetime activities have reinforced the positive leadership role of professional nurses in public health in Washington state and nationally.

Vivian was accepted in the UW’s new four-year Bachelor of Nursing degree program in 1954. She started working even before she graduated, first at Virginia Mason Hospital and then at the Seattle VA Hospital in 1958.

After the VA, Vivian worked in school nursing in both Renton and Seattle Public Schools, where she developed and conducted pioneering sex education programs. When the National Education Association established the first Board of School Nursing, she was elected as the Washington state representative, based on her standard-setting work. In that role, she was a member of the committee that wrote the first U.S. School Nurse Practitioner curriculum, at a time when the role of nurse practitioners was neither understood nor supported widely. Vivian was the first school nurse to receive the “Washington School Nurse of the Year award, in 1972.

Vivian’s greatest impact was during her more than 20 years in the U.S Public Health Service, Region X. She founded the first Federal Regional Office on Women’s Health, funded 144 clinics, and implemented numerous research projects related to women’s reproductive health. It is fair to say that public health and family planning services in Washington state and the entire Pacific Northwest would not be what they are today without the influence, commitment and passion of Vivian.

Vivian started as a Program Management Officer, and then went on to serve as Region X’s Public Health Advisor in Family Planning and Maternal and Child Health Programs, Regional Manager for the Title X Family Planning Program, and Founding Director of the first U.S. Regional Office on Women’s Health.

While at the U.S. Public Health Service, Vivian personally selected grantees and provided funding to expand clinics and public health services to sparsely populated counties of the four-state region. Or, in some cases, in counties where physicians refused to serve welfare patients.

She also was a staunch supporter of expanding public health nursing services to low income and minority clients through family planning clinics. She recognized that the overwhelming majority of patients were low income and had no other source of medical services. Many were from underserved communities of color, and women’s health clinics were their only source for primary care and quality referral for medical findings such as sexually transmitted diseases, cervical cancer, breast cancer, diabetes and hypertension.

Vivian went on to help fund modifications to clinic facilities and services to make them more accessible for physically challenged women. The checklist created through this project was distributed nationally by the U.S. Dept. of Human Services to Title X clinics in public health departments and private non-profit clinics nationwide.

In 1970, Vivian participated in securing funding and helped develop the curriculum for the first OB/Gyn Nurse Practitioner training program for nurses in public health and private non-profit agencies. She took the then unheard-of step of requiring that nurses who participated in the program continue to receive their salaries during their training and that they receive a pay increase when they returned as fully trained nurse practitioners.

One of the most influential projects Vivian funded and managed was the Chlamydia Research and Services project, in collaboration with the Centers for Disease Control. Researchers looked at Family Planning Clinic clients who were making multiple visits, and they were able to create Chlamydia protocols that successfully treated both clients and their partners. The project, with additional data from the University of Washington, successfully demonstrated to Congress that funding for Chlamydia diagnosis and treatment is effective and essential to public health.

Vivian’s lifetime efforts have received numerous national, regional and local recognitions and awards. She was named distinguished alumni from the UW School of Nursing in 1993 for lifetime nursing accomplishments. In 1994, Vivian won the National Exemplary Service award from the first African American female Surgeon General of the U.S., Dr. Joycelyn Elders, “In recognition of 24 years of public service and undaunted devotion to women’s health.” She received the Irving Kushner Award of the National Family Planning and Reproductive Health association in 1995. And the list goes on.

In her so-called retirement, Vivian continues to be active in many social justice organizations and in organizations that address issues of disparity. She currently serves as the Outreach Vice President for the Puget Sound Advocates for Retirement Action (PSARA), an organization active in fighting for older Americans, their children and their families.

In response to the announcement that she was being inducted into WSNA’s Hall of Fame, Vivian said, “I have only done what needed to be done to improve the health and well-being of our public and to be an active advocate for those who needed that advocacy.”We have to disagree on one point: There is no “only” about all that Vivian has done for public health, the underserved and the nursing profession.