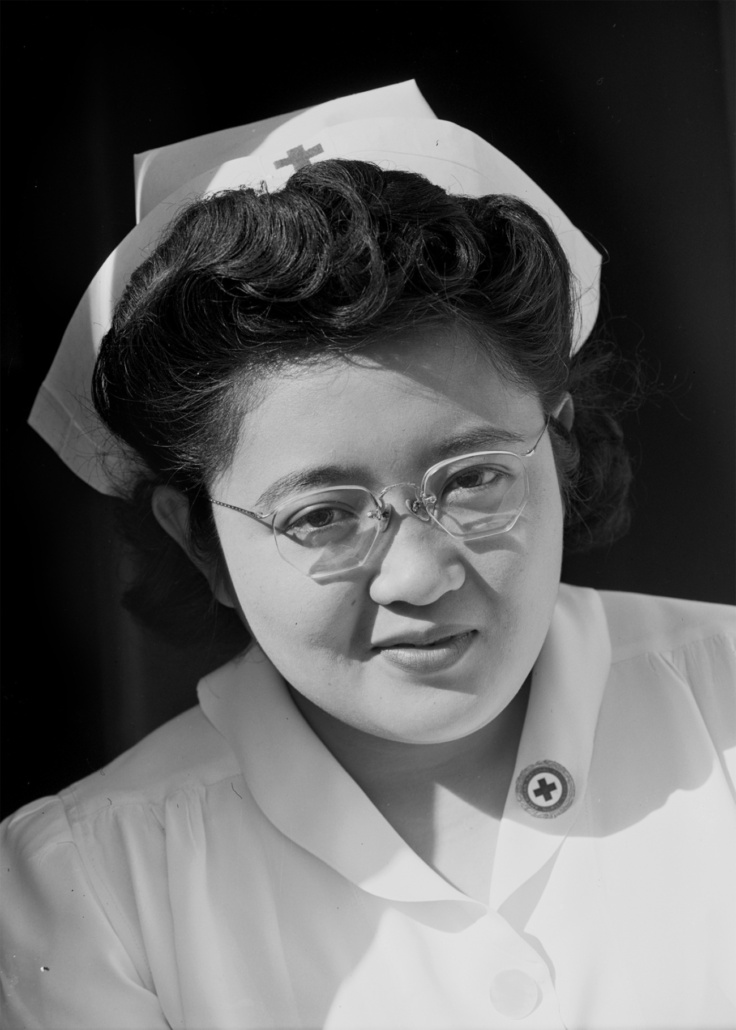 Catherine Natsuko Yamaguchi Chin was a remarkable nurse who spent her career caring and advocating for patients from 1942 through the 1980s.

Catherine was born in Seattle in 1920 to immigrant parents from Japan. After graduating from Garfield High School in 1937, she was determined to become a professional nurse. At the time, few Asian American women earned nursing credentials and even fewer graduated from college programs that offered bachelor’s degrees in nursing — primarily due to racist policies limiting their enrollment in professional academic departments. Despite the odds, Catherine gained admittance to Seattle College (Seattle University), which offered nursing, in the fall of 1938. Before ending her nursing studies in 1942, Catherine completed hands-on training while rooming at Providence Hospital.

After the 1941 bombing of Pearl Harbor and the U.S. entered World War II, approximately 110,000 ethnic Japanese in the U.S. (two thirds of them U.S. citizens by birthright) were forcibly displaced from their homes on the West Coast and relocated to 10 concentration camps across the country — including Catherine’s family. Immediately following her early graduation from Seattle College in March 1942, Catherine voluntarily joined the first group of Japanese Americans to be removed from their Bainbridge Island homes and taken to Manzanar Relocation Center in the central California desert. This group included Catherine’s extended family members and friends. Her own family was sent to Camp Harmony in Puyallup, then to Minidoka, Idaho, shortly thereafter.

At the Manzanar hospital, Catherine provided vital care to residents who were experiencing declining health due to the stress of incarceration, overcrowded conditions, exposure to extremes in temperature and poor diets. Because of the many health concerns and limited care provided in the camp, Catherine began teaching first-aid and home nursing classes to residents and center officials in the fall of 1942 through her sponsorship by the San Francisco chapter of the American Red Cross. She made an ideal Red Cross instructor because she could teach classes in both English and Japanese.

In February 1943, Catherine moved to Camp Minidoka and was reunited with her family. She briefly worked in the camp’s hospital until she was relocated to other Red Cross centers across the U.S. in September 1944 — when she entered Teachers College at Columbia University in New York City to earn an advanced certificate in public health nursing. After a year of coursework and clinical experiences, Catherine earned her Public Health Nursing certificate; she later earned her master’s degree at the college.

Following the end of WWII, Catherine worked full time at the King County Health Department — focusing on eradicating tuberculosis, especially among the several hundred Japanese Americans returning from the relocation centers. By the mid-1950s, she left the King County Health Department and spent the remainder of her career working at Group Health Hospital in Seattle. In 1953, she co-authored an article in Nursing Outlook titled, “The Unhospitalized Tuberculosis Patient.” Catherine presented her portion of the article at the 1953 Annual Meeting of the National Tuberculosis Association, which the association later published.

In 1980, Catherine testified before Congress advocating for the continued funding of the U.S. Public Health Hospital in Seattle, which was in peril of being defunded. Upon retiring from paid work, she began volunteering with a variety of community nonprofit agencies. She was particularly involved with the International District Health Clinic, where she was chairperson on its Board of Directors.

Catherine died on March 6, 1998. She is a wonderful representative of the many Japanese American women who were incarcerated and later "gave back" to the U.S. as nurses, despite the indignities they suffered. Her story is an inspiration to all nurses.