WSNA labor advisor Gerard Friesz grew up In a union household and worked in unions his whole life. The current wave of unionization is nothing he’s ever seen before. The rise of unionization, including at Amazon and Starbucks, makes him hopeful about the rise ofworkers' voices.

"Against Jeff Bezos and his tens of millions of dollars to stop it, Amazon workers on Staten Island voted to form their own union. That's an incredible story," he said.

Among Amazon’s campaign of intimidation, the company held 25 mandatory anti-union meetings a day for employees at the warehouse on Staten Island in the six weeks before a union vote at the facility in March; this comes from testimony from an Amazon human-resources official at a federal hearing in June.

Christian Smalls, president of the Amazon Labor Union, was a special guest speaker at the American Federation of Teachers (AFT) Convention in July. AFT is WSNA’s national union.

Friesz notes this wave of unionization is happening especially among workers who were deemed “essential” during the Covid pandemic.

“They didn’t feel companies were treating them fairly with benefits, wages, workplace safety and most important a voice at work,” he said.

And their actions mimic national sentiment.

(This is different than the Gallup survey on honest and ethics of different professions, which nurses have been highest rated for 20 years.)

“The reality is that workers want to form unions,” Friesz said. “The pandemic shined a light on companies not treating workers fairly and providing them the tools to do their jobs. Many workers have reached a breaking point. “

He said while current law and corporations make it difficult to organize, most workers said they would join a union if they could. 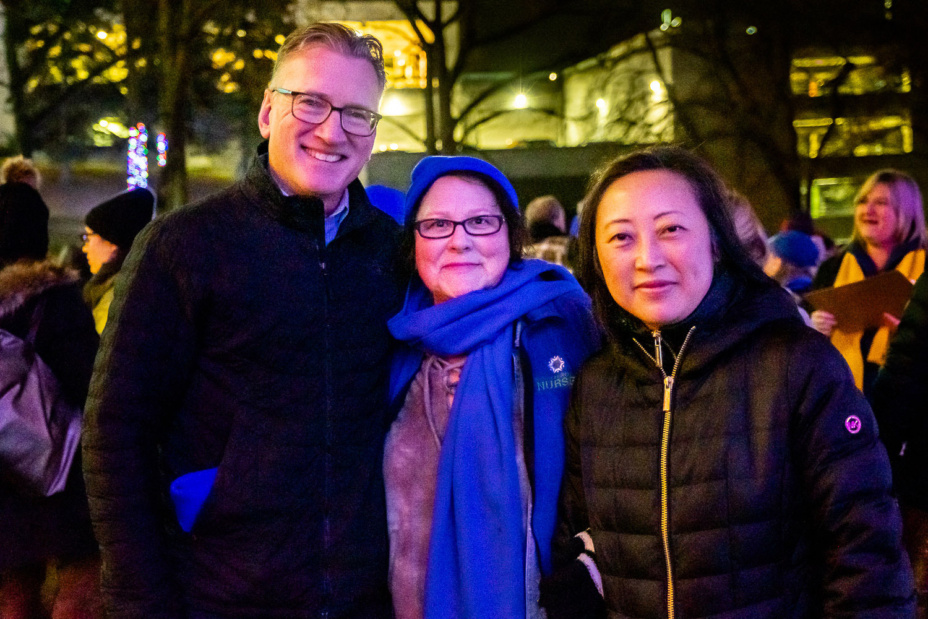 In fact, unionization has been a hallmark of American culture. Labor unions have origins in the original colonies and have been recognized under U.S. labor law since the 1935 enactment of the National Labor Relations Act.

For Friesz, unions were a way of life. His dad was a union member working at a milk processing plant where he tasted cream from incoming trucks to see if it was spoiled. Then he worked in meat packaging at the same plant.

After a second protracted eight-month long strike, the union at the plant was decertified. Friesz’ dad refused to cross the picket line to work without union representation, so he found another job.

When Friesz graduated from college, he became a union organizer for public employees in North Dakota. He has worked at the state and national level for AFT unions ever since. Since 2019, he has worked for WSNA.

Never in his life has he seen such publicity around workers forming their unions.

“It’s been one attack after another,” Friesz said.

In 2018, the U.S. Supreme Court, in a decision aimed at undermining public sector unions, reversed a 40-year legal precedent that previously required public employees who chose not become members of the union to pay their fair share for the representation they receive. 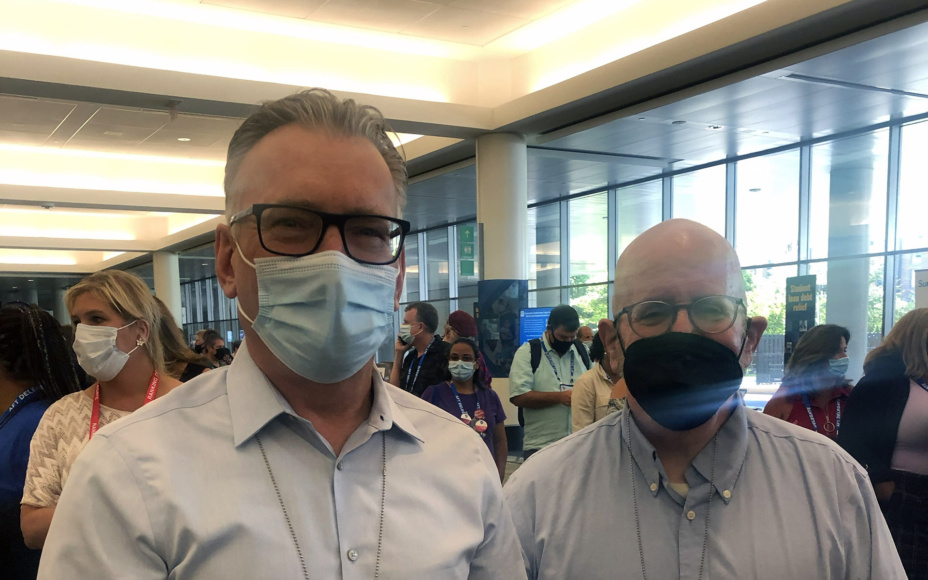 Despite the Supreme Court ruling, public sector unions have continued to organize and build power, and private sector workers are doing the same.

Since May, 189 Starbuck stores have won union elections and more than 300 have filed to unionize.

Like Smalls from the Amazon Labor Union, WSNA delegates attending the AFT convention in July, heard from Starbucks workers who, against unrelenting corporate pressure and intimidation, are winning union recognition.

“This new generation of workers are awake and standing up for their right to form a union,” Friesz said. “Every worker should have this right without fear of being intimidated…Standing together, workers can make a difference. They can make change.”