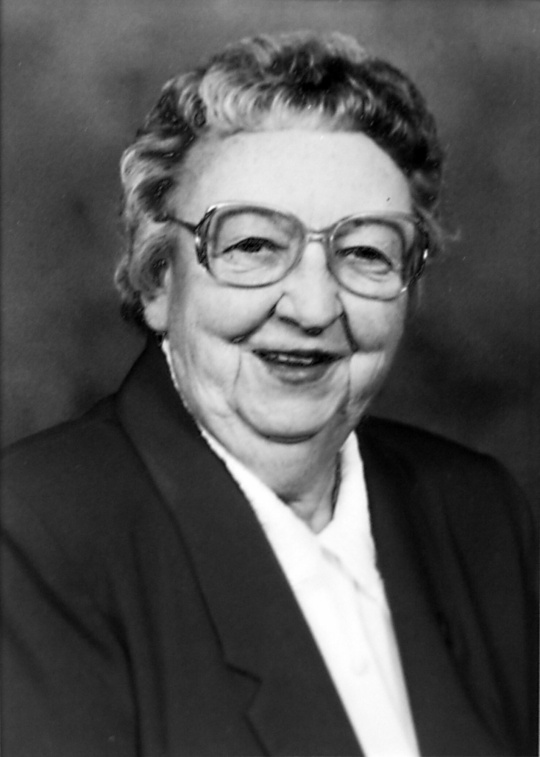 In 1996, Betty was inducted into the Washington State Nurses Hall of Fame.

Betty was born April 5, 1923, in Butte, MT, the third of four children. Betty was a strong propo­nent of educa­tion and advancing women in the workplace, with a strong leader­ship style. She was a teacher, confi­dant, a great cook, and a source of perpetual support to her family and friends.

Betty received her diploma from St. James School of Nursing in Butte in 1944 and served in the Army Nurse Corps from 1944 – 46. After eight years as a nursing super­visor in San Francisco, she entered Gonza­ga’s nursing program where she completed a Bachelor of Science in nursing educa­tion in 1956. She returned to Gonzaga and received a Master of Educa­tion in 1964.

Betty was an innov­a­tive leader in nursing admin­is­tra­tion and educa­tion where she devoted 22 years of service, in addition to her staff nursing. She worked tirelessly in the devel­op­ment of a baccalau­reate nursing program in Spokane that would allow associate degree and diploma-educated regis­tered nurses to achieve a BSN degree.

A forecaster and initiator of change, Betty was instru­mental in the collab­o­ra­tive efforts between the district and state nurses associ­a­tion, and Washington State Univer­sity in the estab­lish­ment of the Inter­col­le­giate Center for Nursing Educa­tion. Through storms of contro­versy and times of transi­tion, Betty carried the banner for baccalau­reate prepa­ra­tion for nurses.

A founder and board member of the Commu­nity Health Educa­tion Consor­tium, Betty was passionate about educating the public about health care services, their avail­ability, and access. In addition, she extended herself by serving on the Pregnancy Care Center and Catholic Chari­ties Board of Direc­tors, and chaired the Holy Names Academy School Board, and the Immac­u­late Heart Retreat Center. She served on the Provi­dence Services board and was co-director for Provi­dence Associates, St. Ignatius Province.

Upon her retire­ment after 35 years of service, Betty received the Sacred Heart Honor award for her outstanding contri­bu­tion and service to Sacred Heart Medical Center. She was also recog­nized with the Sisters of Provi­dence Mother Joseph award in 2003 and received the Sister Peter Claver Human­i­tarian Award in 1995.

Betty had a long friend­ship with the Sisters of Provi­dence and was very active as a Provi­dence Associate, becoming a Provin­cial coordi­nator for St. Ignatius Province and a co-director for the Mother Joseph Province.

Responding to the COVID-19 pandemic through partnering within community