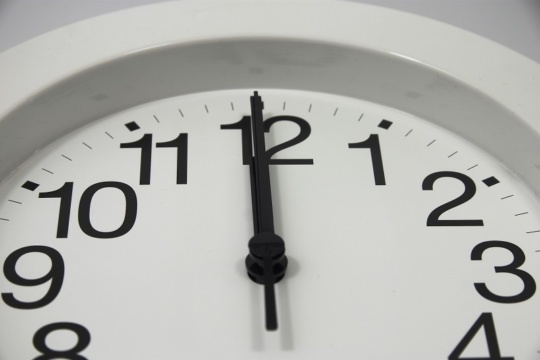 “
Nursing requires knowledge, experience, dedication and concentration, tempered with compassion and patience, to successfully care for patients in need... The nurse on break should be free from worry and concern, with the knowledge that the nurse's colleague is providing the necessary attention to the assigned patients.
— Arbitration decision
”

For years, Tacoma General Hospital had covered nurse rest breaks by using a buddy system that had nurses taking a double load of patients while their colleagues were on their legally mandated breaks. The system meant that nurses were essen­tially ​“on call” during their breaks to respond to any urgent or emergent issues that might arise with their patients.

Being ​“on call” is not a real break. That was the decision reached by an arbitrator in response to the Washington State Nurses Association’s griev­ance, and subse­quent arbitra­tion, against Multi­Care Health System, which owns the hospital.

In a ground­breaking decision, the arbitrator stated that the buddy system does not work, failing to give nurses true breaks from respon­si­bility for their patients and from nursing’s physi­cally and mentally demanding work:

“The require­ment of a nurse on break to be ​‘on call’ dimin­ishes the purpose of a break from work. Nursing requires knowl­edge, experi­ence, dedica­tion and concen­tra­tion, tempered with compas­sion and patience, to success­fully care for patients in need. The related stress, both physi­cally and mentally, warrant occasional time away from their assigned task. The nurse on break should be free from worry and concern, with the knowl­edge that the nurse’s colleague is providing the neces­sary atten­tion to the assigned patients. If that nurse has her/​his own patients, doubling the poten­tial workload, even for 15 minutes, the time away from work is not really a break.”

As a result of this decision:

The rest break lawsuit against Multi­Care Tacoma General, along with this recent griev­ance and arbitra­tion, are one approach to ensuring that regis­tered nurses throughout the state get the meal and rest breaks the law requires and nurses need.

WSNA brought the lawsuit against Tacoma General in 2010, saying that nurses weren’t getting compen­sated for the legally mandated rest breaks they were consis­tently missing due to inade­quate staff coverage. The parties settled the case in September 2013. The settle­ment said managers in each depart­ment had to put practices and policies in place that assured relief from patient care duties for a 15-minute rest break for every four hours of work. Addition­ally, it said: ​“In no case shall the mecha­nism used result in a viola­tion of the staffing plan estab­lished by the Nurse Staffing committee.” Nurse staffing commit­tees are required by state law.

In this arbitra­tion, WSNA argued that by failing to adequately relieve nurses, the hospital was putting them into ​“the impos­sible situa­tion of having to ​‘abandon’ their patients for a period of time, which places the nurses at great profes­sional risk should an adverse event occur while absent from their assigned patients.” WSNA also argued that use of the buddy system essen­tially doubles the nurse-to-patient ratio for the nurses covering for a colleague, ​“which could put the nurse’s license in peril if a mistake is made or a problem occurs with the extra patients.”

The arbitrator held that Multi­Care had violated the 2013 Settle­ment Agree­ment by failing to provide nurses with rest break relief, held that the so-called ​“break buddy” system is not working and does not allow nurses to take a real break away from work, and found that Multi­Care must abide by its staffing plan and may not violate or change existing staffing ratios in order to provide break relief.

The arbitrator’s full decision can be read at http://​wsna​.to/​T​G​RestBreaks.

Nurses and community picket for nurse and patient safety at St. Joe’s Tacoma

Battles at the negotiation table pay off

Washington hospitals on the brink of unprecedented crisis