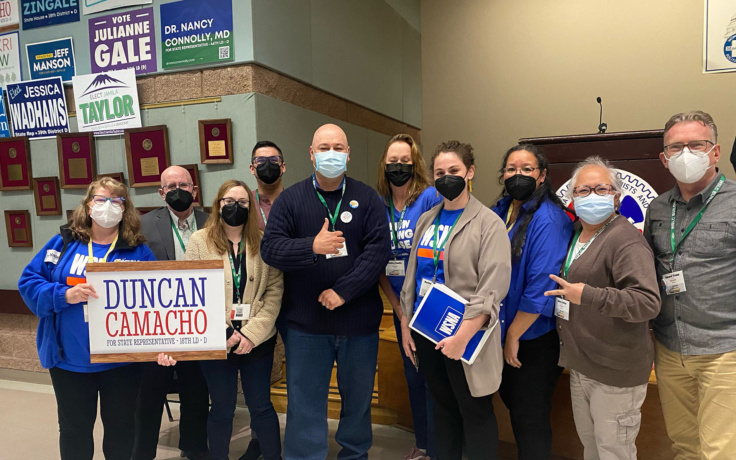 The Washington State Nurses Association was well represented at the Washington State Labor Council, AFL-CIO’s 2022 Committee on Political Education (COPE) Endorsing Convention on Saturday, May 21. Held at the Machinists District 751 Hall in Seattle, hundreds of delegates representing WSLC-affiliated unions from across the state voted on endorsements for congressional, statewide, state legislative and judicial candidates, plus state ballot measures.

WSLC is the state’s largest union organization representing the interests of some 600 labor organizations with more than 550,000 members, and the organization’s endorsements are a powerful boost to candidates.

In addition, WSNA member Duncan Camacho was there as a delegate from the Southwest Washington Central Labor Council. Camacho, a candidate for the Washington House of Representatives for District 18, position 2, was overwhelmingly endorsed by the convention. He had previously been endorsed by WSNA-PAC. WSNA Director of Government Affairs, Katharine Weiss, spoke in support of Camacho, emphasizing the importance of electing a nurse to the state legislature.

See the full list of WSLC 2022 Election Endorsements made at the COPE convention. Additional endorsements will be considered at the WSLC’s 2022 Constitutional Convention on July 19-21 in Wenatchee. 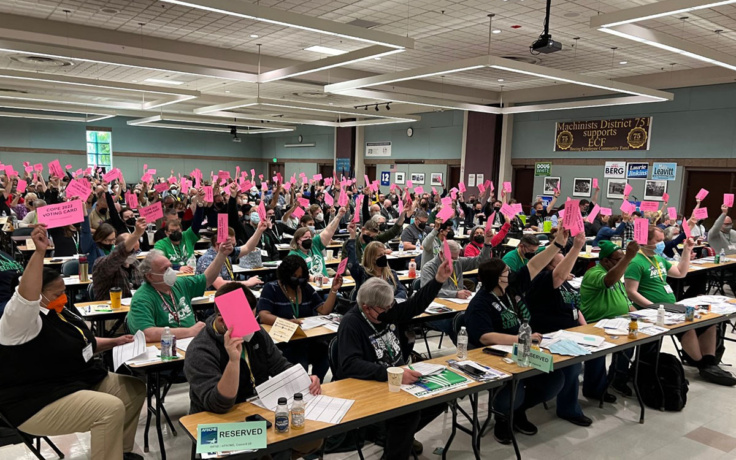